A Walk in the Wetlands

A great egret has been visiting the wetlands where my husband and I walk every day.

As we walk along the boardwalk that loops through the standing water, we see him from a distance, a splash of white against the dark shrubbery behind him.  He stands in the water, neck curved, watching for tiny green frogs among the drowned grasses.  Or he stalks, head swaying back with each long-legged step forward.

Breathless, we pass the binoculars back and forth between us, standing at the closest point to him that the boardwalk will allow, hoping he won't fly away.  But we gasp with the beauty of it when he does-- when the huge wings open, curving in a great arc as he scoops air beneath them.  As he rises. As he flies.

He is gone, and we walk on, speaking of him in hushed voices, hoping that when we come back again tomorrow, he will have come back too.


The world is charged with the grandeur of God.
It will flame out, like shining from shook foil,
It gathers to a greatness like the ooze of oil
Crushed.

As the sun disappears behind the foothills of the mountains, spreading a glory of pink and gold over the darkening sky behind it, we walk among the cattail stalks, listening to the marsh wren chirring just out of sight.

In the willows above, red-winged blackbirds call to one another, their bright shoulder-patches ruffling up with every call.   There are so many that they sound like a concert of reed flutes.  They dive from the trees to sway atop the cattails, then flutter up again to perch in the branches.  "Poke your neigh-bor!' my son used to tell us they were saying.  He has grown too old now for such imaginings, but the blackbirds' song does not change.

Mallard ducks are flying in to roost in the cattail beds for the night.  Their short wings make a whistling sound as they beat at the air, losing altitude gradually as they circle.  Below in the shallow water, ducks that have already found resting places quack sleepily, or flap their wings in indignation when the newcomers land too close. 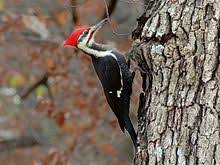 Later we pass through a wooded area where the water merely pools among the trees.  We remember the time a sudden knocking sound made us raise our heads, and a pileated woodpecker eyed us from the trunk above, crest burning bright over a white-striped face.

We never know exactly what we will see in the wetlands.  Pacific tree frogs shout from the puddles, and Oregon red-spotted garter snakes sun themselves on the boards, disappearing with a flick of their black tails when walking humans approach too near.  In the spring and fall, woolly-bear caterpillars trundle along the wooden rails, always seeming to have somewhere very important they need to be. 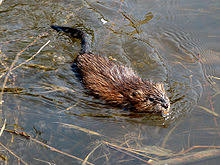 We notice gnaw-marks on the trunk of a tree and wonder if the beaver we saw last year is back.  In the dusk we would see its wet brown back slicing the water, and once or twice even heard the "smack!" as the flat tail struck the surface.  And though we haven't glimpsed it in some time, still the trees carry "beaver bites," as we overheard a very small human visitor call them once.

This is the place where the tension and frazzle of the day drop away from us.  The place where life has been lived just as it is, for centuries before humans ever built houses or drove cars or collected taxes.  This is where it all drops into perspective, where none of the things that worry me are important; where, as Hopkins wrote,

nature is never spent;
There lives the dearest freshness deep down things. . .

Here I can breathe.

Here I can think.

And here is where I like to come alone sometimes, to worship.

I just wanted to share it with you today-- with anyone who comes and wants to walk that boardwalk with me in their thoughts.

I hope you enjoyed it.

beautiful. thank you. I am enjoying hearing the birdsong return as well.

cool. I am a birder. I haven't been able to pursue it in some time but I love birds. those are great pix.

It's fun to share these things, isn't it? Metacrock, the pictures weren't taken by me (I'm not that good a photographer!) but are free images I found on the Internet. Leanne,Oregon is the winter nesting grounds for a lot of birds, so we actually have more beautiful birdsong in February and March than we do in July or August. Right now the blackbirds are in full song, but they'll leave in June and we will have to wait till the end of September to see them again. Sigh.

You live in a beautiful part of our country. So do I - but it is different from yours. Thanks for this post. I am a big fan of Hopkins, and "God's Grandeur" is one of my favorites.

Blessings and best wishes from Anne

Having been to this place with you, I loved reading your thoughts of the wetlands. It is quite true that as people we tend to worry about transitory things, but when we are in the wild places we see a reflection of the heart of God. We are reminded that we are here for just a breath of time and then are gone. John Muir said, "Whenever we go in the wilderness, we find more than we seek."

I'm a little behind in my reading of your writings, but I also loved your thoughts on Beauty and the Beast, finding within your reflections my thoughts about the story, that one of its central themes is to look beneath the surface to find true beauty.

I will sign off as El espiritu de los bosques sylvestres -- in English The spirit of the wild forests. -- your sis